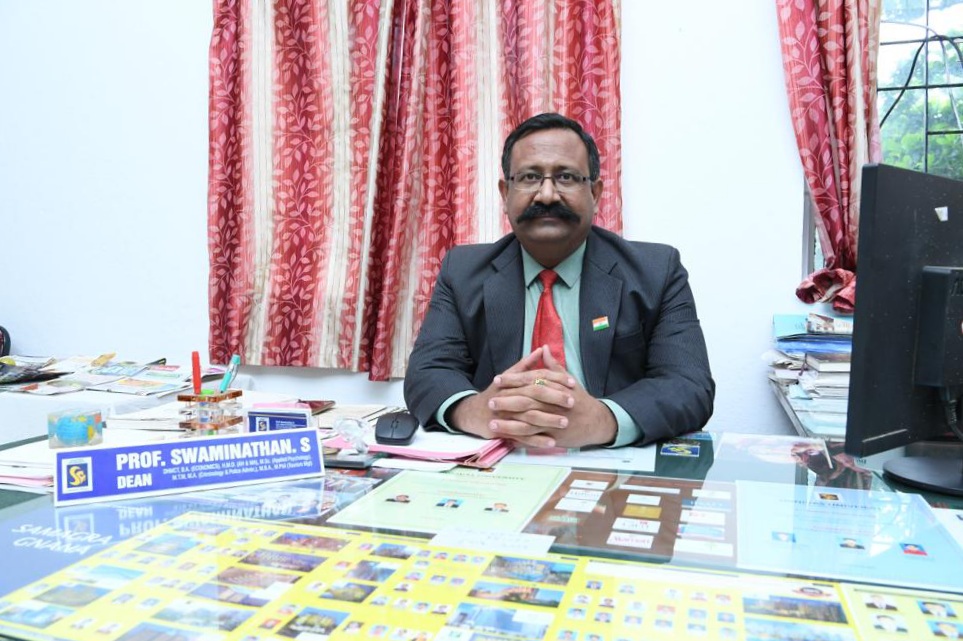 He started his carrier in Hotel Industry from Madurai as an F&B Supervisor. Then he moved over to Madurai Kamaraj University College as a Lecturer. Later, to improve his industry knowledge, he joined the hotel “The Carlton” and worked as Commis-I, Then he moved to Kodaikanal Christian College as a Senior lecturer in Food Production Department where, he was later promoted of HOD of the department. Then he moved to SLCS Arts & Science College, Madurai and joined as a HOD of kitchen department. Then he worked in Kuwait and London as a Head Chef and Restaurant Manager. Then he moved to Agra HIHT college as a principal. In 2010, he joined Srinivas Institute of Hotel Management as an Assistant Professor and then got promoted subsequently as Associate Professor, Professor and Dean by June 2019.

Prof.Swaminathan S motivates the staff and students to present and publish various papers and pursue research work. He has been the BOE member of Mangalore University, he has been the BOE Chairperson of Srinivas University for last 3 years and heads various committees at institutional level.

Prof.Swaminathan S strongly believes that, one should teach the students to “How to catch a fish, instead of feeding them when they need the same”.