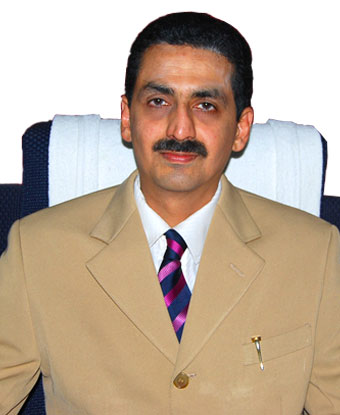 Dr. A. Srinivas Rao, Vice President of A. Shama Rao Foundation and Srinivas Group of colleges, Mangalore, received his Doctorate Degree in “Education Management” for his Thesis on “Quality in Higher Education – A case study of Srinivas Institute of Management Studies” from Ashley University, an international University based in California, USA, established in the year 1981. The university has also recognized his contribution in Managing higher education institutions effectively during the past 32 years and presently Srinivas group has 17 higher education institutions including Srinivas University in three campuses, 220 U.G, P.G. and research courses with 3,400 employees and about 12,000 students.

Dr. A. Srinivas Rao was born on 22nd December 1967 and pursued his BBM degree, PGDM and CA. Married in the year 1997 to Smt. Mitra, he is blessed with three children – Meghana, Samana and Eshana.

Dr. A. Srinivas Rao has shown his commitment and zeal in steering the Srinivas group. He has a penchant for recognising individuals with talent and grooming them for higher causes. He is an inspiration for the youth and connects with them wherever he goes. A person with sterling character, he firmly holds together the reins of the University.